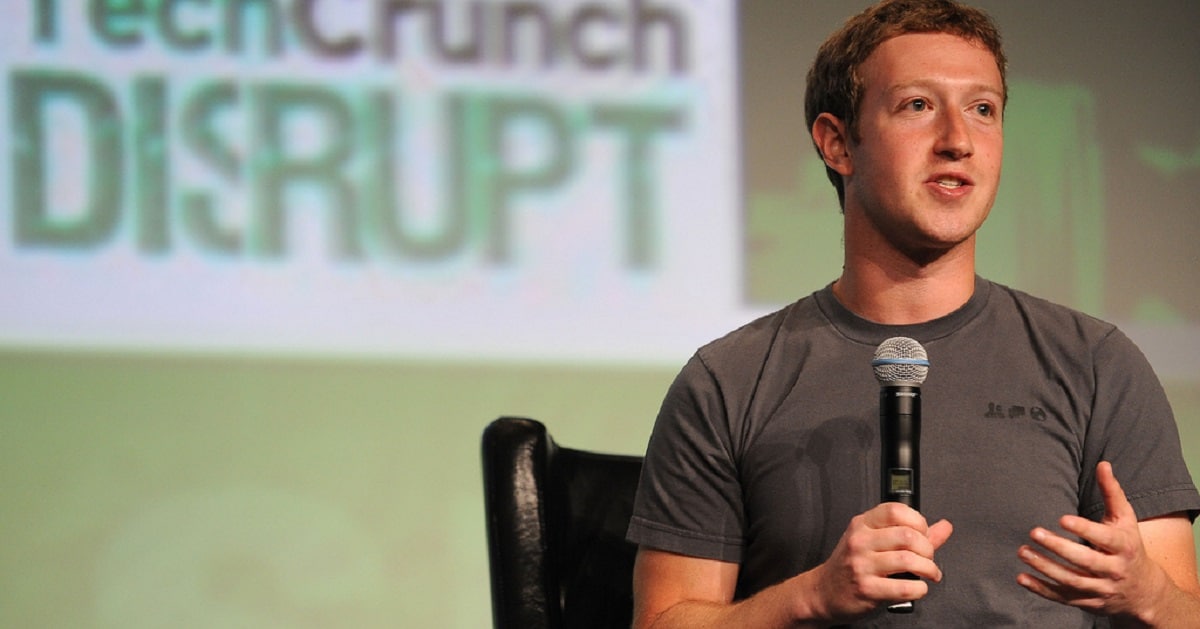 In other words, the pages that post 30 times per day hoping they can monopolize the newsfeeds of their “readers” will be penalized. Facebook traffic is going to shift heavily to brands that are dramatically more engaging.

Of course, this transformation has led to instant backlash from a wide variety of internet publishers —  probably because they don’t really understand what Mark was saying, why he said it, or what the consequences of Facebook’s easy-to-manipulate passive content ecosystem have been so far.

But First, a Little Disclaimer

I founded one of the most popular political websites in the world. It began with an important mission: speaking truth to power by giving a voice to the forgotten middle class.

In the past, I wrote headlines for articles that reached over 15,000,000 users on Facebook. From a single posting. On a single page.

My site’s style focused on the sizzling elements of stories that the Wall Street Journal and even Fox News didn’t want to cover. It was a perfect marriage with Facebook’s algorithm because it ignored branding and focused on whether users would click on stories.

It was good storytelling. It was fun. And it worked frighteningly well.

Realistically, my personal headlines and articles had drastically more reach than the entire “Russian interference” scandal covered by mainstream outlets like the New York Times. So when it comes to the algorithm change and the implications, I’m speaking from the position of someone who has utilized this algorithm more than almost anyone on earth.

Still, the ecosystem that allowed what I was able to do is now mostly gone – and that’s a good thing.

Visionless people look for consistency regardless of context. Some want the ecosystem that existed 4-5 years ago to be all that exists going forward. That’s disturbingly short-sighted.

I now run the Conservative Institute, a very different project. It seeks to provide reliable, trustworthy news for conservatives in an era where dishonesty has become a fundamental pillar of the right-wing media ecosystem. The goal of CI content is not to “go viral” – it’s to simply tell the truth. Accuracy is the primary goal, come what may.

We don’t defend Trump when he’s wrong. We don’t attack liberals when they’re right. We only report what we believe to be important stories that should circulate on the right wing – and everywhere. A typical article will link to sources like the New York Times, federal agencies, and PDFs of actual studies.

Now, Facebook seems to be responding to the same basic issues that CI was built to combat: a social media ecosystem that replaced high-quality, investigative journalism with shallow “passive” content mostly ripped quickly from other – often just as shallow – sources.

To better understand what’s happening, let’s look at the following basic concepts that provide context for the Facebook change.

Never in the history of the world was it so easy to reach so many people with a message.

I know people who had no experience in marketing, journalism, research, or much of anything else, reach thousands of people with low-quality stories mostly lifted from other sources.

In fact, ripping off my projects was a pretty easy way for someone with no talent or instincts to make a healthy six-figure income. It happened frequently.

That entire system was incredibly powerful for shaking things up. Now, we’re in a different situation – the balance has shifted from the Associated Press, NBC, and local newspapers to an army of smaller sites that often spread misinformation, nasty accusations, or outright lies. Another way to describe it? Fake news.

The algorithms that decided how many people would see content didn’t account for “accuracy” at all. Who cares if a fake story goes viral? It was getting the clicks and shares it needed to get more and more traffic on Facebook. That’s a massive design flaw, especially when alternative media became so powerful.

This was a temporary hiccup in world history. “Alternative” and “mainstream” media aren’t the future – quality media is, regardless of where on the political spectrum it may fall.

Everyone has an ignorant family member known for accidentally sharing fake news stories they didn’t verify. The idea that a global media distribution system should give that person just as much power as someone who isn’t as gullible is absurd.

I don’t mean this in a condescending manner at all. I’m ignorant of many things just like you are. But many people simply don’t have the time or expertise in media and geopolitics to know what source should be considered “trustworthy” and what source is taking them for a ride.

If anything, this system isn’t  even fair to the person falling for the fake news – the distribution system should minimize the lies that show up in that person’s newsfeed as well.

Some will huff and puff over what I just said, pretending they deeply care about ignorant people having the right to easy access to fake and misleading news. The problem is that this is mostly bad-faith virtue signaling.

Let me be blunt: passive-content farms/publishers don’t respect their audiences. They often laugh at them. It’s easy to get rich off of people who don’t know any better.

Those market incentives are largely gone, and that’s a wonderful thing.

FACT: Facebook’s emphasis on “passive” content is most of the problem.

You probably have no emotional connection to the brand and if you click on the story, you may skim it or watch some video, and then exit out and never think about it again. No comments, no shares, no personal connection – nothing. It’s passive content.

“Passive content” is where fake news comes from. It’s the ecosystem that allows fake news to flourish. It’s the system built on a series of economic incentives that allow bad faith publishers to make money manipulating you for fun and profit.

There are a few brands that manage to engage me with almost all of their content; Tim Ferris, Ryan Holiday, Bloomberg, The Art of Manliness, etc. I engage with their community, share their links to my personal page, and have a connection to the brands themselves. They don’t just happen to show up on my feed and trick me into clicking.

I have a deep appreciation of the personalities behind the content. That’s vital. That’s good. And that’s the future.

FACT: Good-faith, high-quality brands have nothing to fear.

If your business model is based on easy traffic from one website, that’s your problem, not Facebook’s problem.

As the founder of Axios said to the Wall Street Journal:

“Facebook is a public company that controls its own decisions… Publishers should do the same damn thing.”

This isn’t new. Copyblogger, (a resource any content marketer should see as kind of like a regularly updated Bible), wrote years ago:

“If you’re relying on Facebook or Google to bring in all of your new customers, you’re sharecropping. You’re hoping the landlord will continue to like you and support your business, but the fact is, the landlord has no idea who you are and doesn’t actually care.”

If Facebook’s change is going to harm your business, then discover higher-quality, more long-term oriented workarounds. Build an online “TV” show. Launch a podcast. Write a book. Go to other platforms. But don’t blame Facebook for not allowing you cheap access to a gravy train.